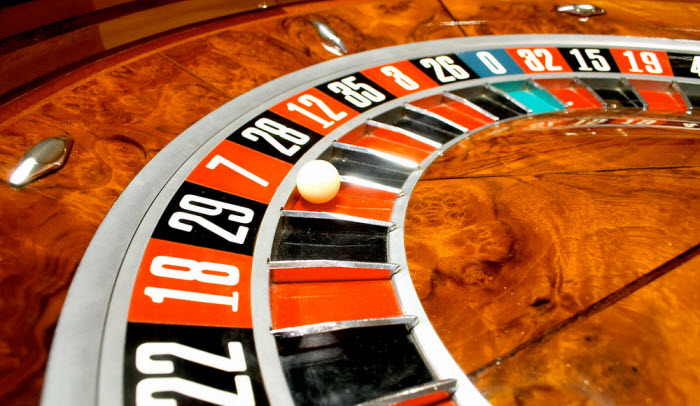 In the late 1970s, two physicists from the University of California, Doine Farmer and Norman Packard, decided to answer the question of how to win roulette. To achieve this goal, they created The Eudaemons, calling in several other scientists.

The name of the group derives from the ethical term “eudemonism”, a position with which the only moral criterion is the desire for happiness. It is not known whether the organizers of The Eudaemons were committed to the principles of eudemonism. But perhaps they believed that mastering roulette would help people become happier.

During the summer holidays, physicists purchased roulette and began to test it. They used a camera and an oscilloscope to find out the trajectory of the balls. As a result, the testers developed the appropriate formula. The guys created a special computer, which made calculations during the game. The size of the invention made it possible to fit it in the shoe. The information was entered into the computer by fingers on the toes. Under the jacket was hidden a special device that vibrated, indicating which sector to put.

How to play roulette in Las Vegas

It took physicists from two years to improve their invention. In 1978, they decided to test it in the field. Las Vegas was chosen for this purpose. After a visit to the casino, one of the members of the group entered the information into the computer, while the other received signals and placed bets. The physicists’ method worked well, but sometimes the farmer was electrocuted, causing burns on the body. In addition, the guys did not want to lose their careers, respectively, on one visit to Las Vegas their experiments stopped, and the organization ceased to exist.

The total amount of money that the casino testers managed to get was more than 10 thousand bucks. It is hard to imagine how much money the real crooks would have made in Las Vegas. However, the participants of The Eudaemons were happy, because they gave an answer to the popular among gamblers question how to win roulette at the casino. It is enough to determine the trajectory of the ball movement. Some time after the experiment of physics shared their experiences on the channel History. Also, scientists are mentioned in the series CSI and many popular books on gambling. Today, Doine Farmer continues to pursue science at the Santa Fe Institute.

Thus, the scientific system of physicists, which helped to win roulette, was very effective. And since some scientists continue to conduct such tests, owners of land-based casinos should be careful. Chek High Roller Online Casinos to get the best chances to win.

Can gambling be turned into a permanent source of income?

Unfortunately, for many users, the answer will be negative. Modern online casinos – a place where you can rest, periodically winning something. Gambling resources will be in every way to prevent customers to earn money. After all, they do not want to work at a loss. The desire to turn gambling into a way to earn money carries great risks. First of all, it is the probability of complete bankruptcy.

In addition to the opportunity to lose an impressive amount of money, wishing to become the best and professional casino players should be ready for other pitfalls. Here are some of them: